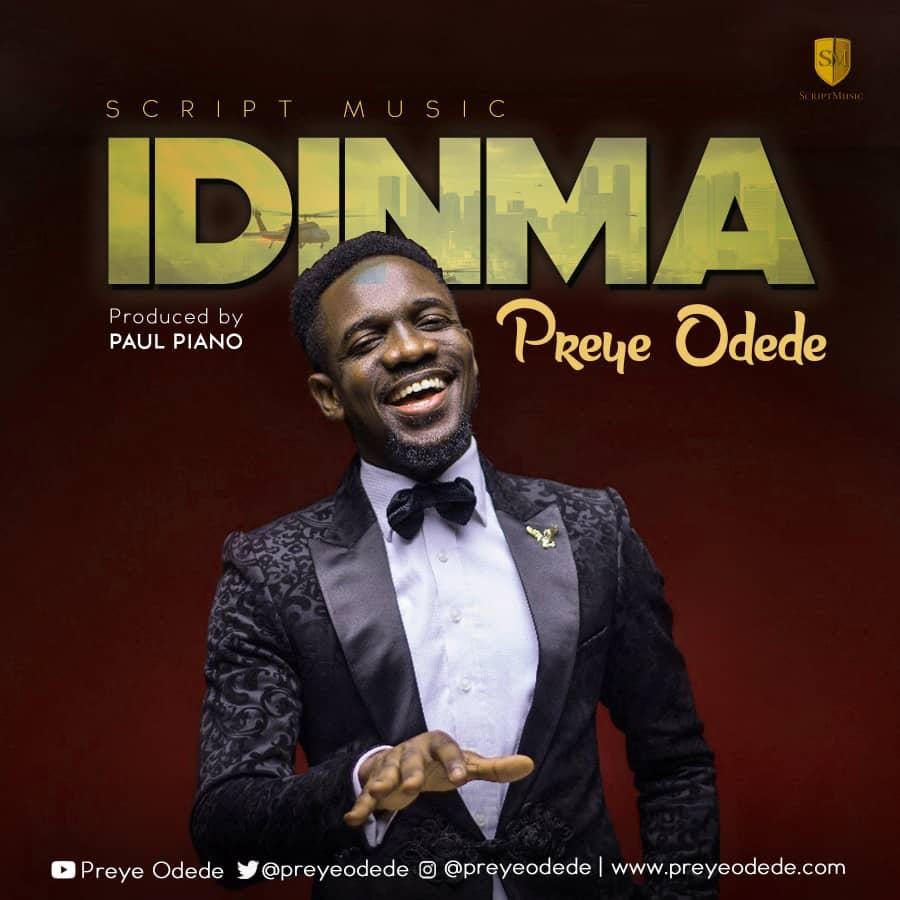 What do you say when you come to the revelation of the name of Jesus and the authority bestowed upon Him by the Father, given to us who believe as an inheritance? Gospel music minister Preye Odede captures the right response in the new single “Idinma”.

The single “Idinma,” which means “You are Good” when translated from the Igbo language of the Eastern part of Nigeria, is a confident stance – a confession of trust and allegiance – which consequently transitions into worship. Preye Odede speaks of the experience, rather than mere hearsay that birthed his worship and the eventual conclusion that the Lord is good.

The worship single is Afrocentric. Preye Odede rarely stray far from his roots. It tilts towards High Life. The intermittent lead guitar ad-libs is soothing and provokes nostalgic reflections of God’s goodness in the mind of the listener.

“Idinma” comes on the heels of “Still Standing” which was released in July of 2018 and features Gospel rapper Nolly and Mera. He had released his sophomore album “READY” in last days of December 2017 and complemented the album release with the video for the sensational single off the album “Oshimiri Atata”. Earlier in the year, he ministered the song at COZA’s “Voltage Warship” and Pastor Biodun Fatoyinbo described it as “Amazing.”

“Idinma” (You are Good) was produced by Paul Piano.